WATCH THE VIDEO FOR 'TERMINAL VELOCITY' 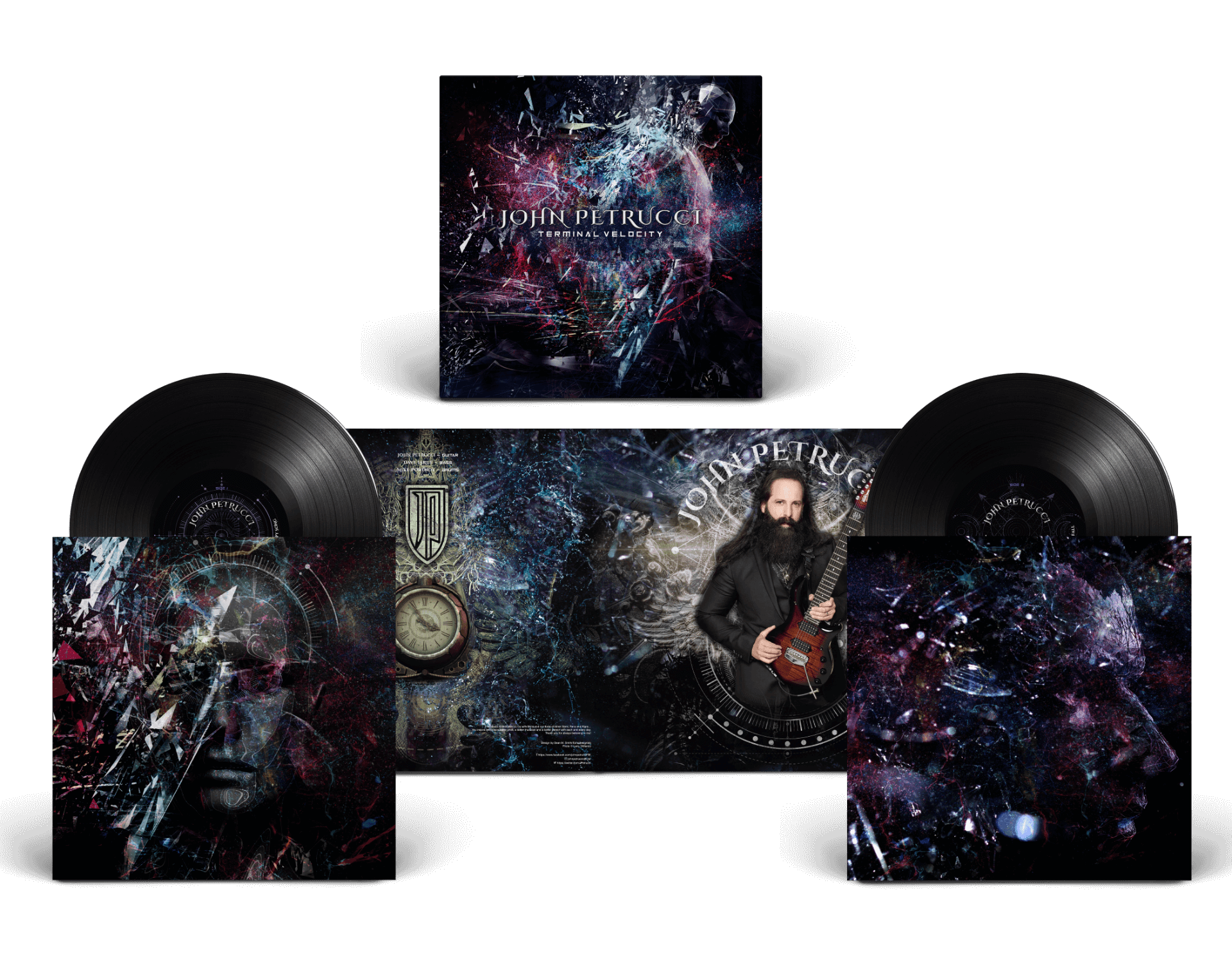 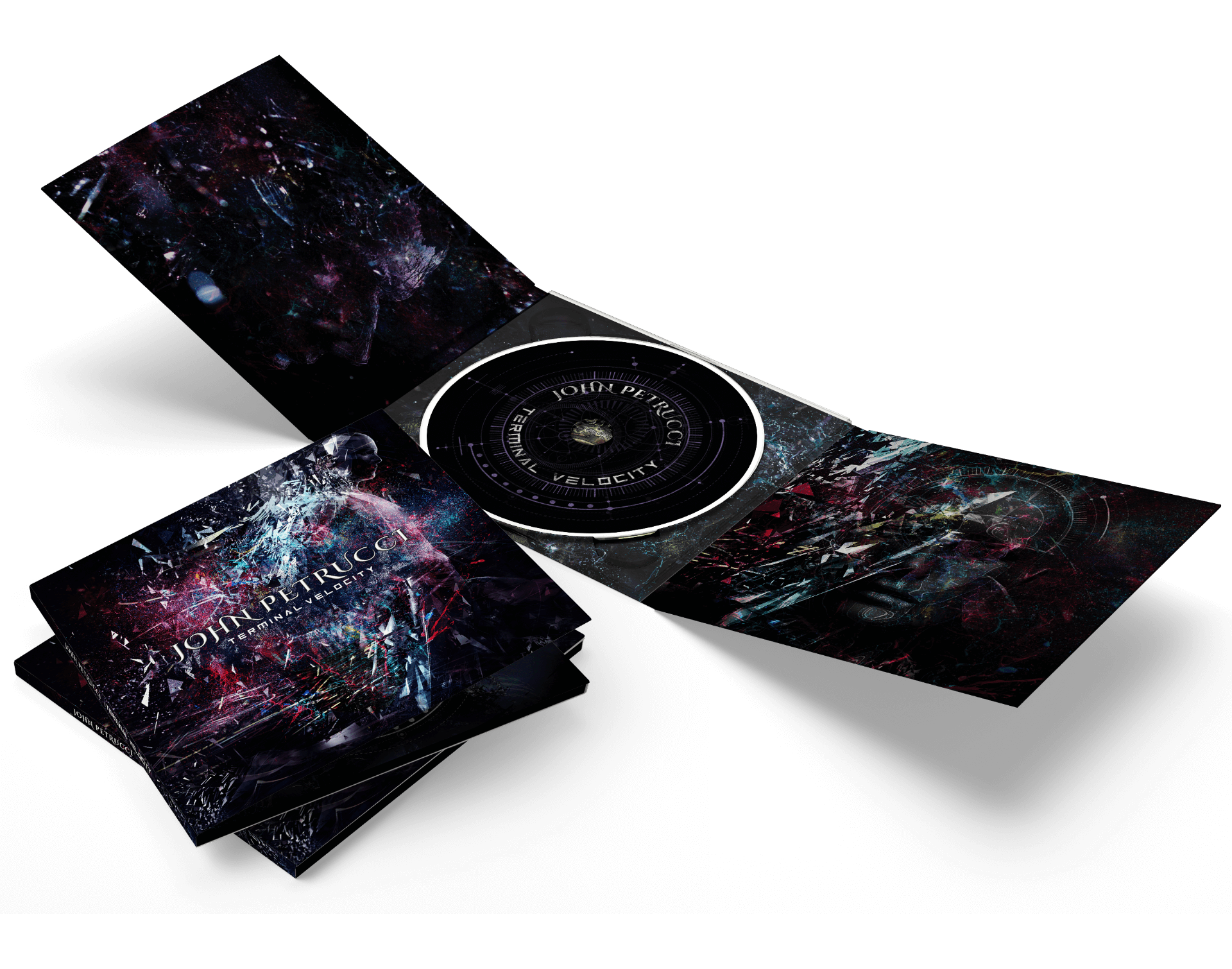 Terminal Velocity marks the first solo album by the Dream Theater guitarist to be released in 15 years as well as his first through The Orchard Music on his Sound Mind Music record label. The artwork was created by Sean M. Smith at Echo Designlab (Stone Sour, Hollywood Undead, In This Moment). Terminal Velocity was written and produced by John Petrucci, recorded by James ‘Jimmy T’ Meslin and mixed and mastered by Andy Sneap (Judas Priest, Killswitch Engage, Arch Enemy).

The album sees the return of bassist Dave LaRue (Dixie Dregs, Flying Colors) who played on John’s debut solo album and subsequent G3 tours as well as an eagerly anticipated reunion with former Dream Theater drummer Mike Portnoy (Transatlantic, Winery Dogs, Sons Of Apollo). “It was awesome bringing Dave back to play bass on this album.” “He is just such a monster player who can handle anything you throw at him with tastefulness and unmatched musicality.” “His melodic approach to bass lines along with impeccable technique and groove for days really stands out on these tunes.” Portnoy’s appearance on Terminal Velocity marks the first recording of the guitarist and his former bandmate in over a decade and the first since Portnoy left the band in 2010. “Having Mike play drums on this record was really special for me and he did an absolutely incredible job navigating the various styles and technical challenges my music presented in the way that only he can do.” “It was very cathartic for the both of us I think to be playing music together again after all these years and it really felt great!” “Mike’s spirited, intuitive and energetic playing truly helped to elevate these new songs to a level that I couldn’t be happier with.”

In the beginning of March 2020 while the COVID-19 global pandemic was unrelentingly reeking it’s havoc on the world and especially NY, John started working on the music that would make up Terminal Velocity at the DT Headquarters on Long Island with engineer Jimmy T at the helm. “All DT touring for the rest of the year was either being cancelled or postponed and even though I had already planned on starting the project this Spring, I suddenly found myself with many unanticipated months at home.” “Jimmy T and I would head into the DTHQ 5 days week for about 2 and a half months and as I wrote and constructed the new tunes, he was right there capturing it all and turning it into a record.” “Initially he programmed drums and we shared bass playing responsibilities just to get the ideas to a place where they sounded like completed and cohesive songs but we always anticipating that ‘work in progress’ drums and bass would eventually be replaced.”

The 9 songs on Terminal Velocity showcase John’s affinity for writing tightly-weaved guitar instrumental powerhouses that feature everything from monster riff breaks to passion-filled melodic themes worthy of film soundtracks to all-out shred extravaganzas that leave the listener feeling like they just stepped off of a thrilling musical roller coaster ride. “Much like the songs on Suspended Animation, I wanted the new tunes to really showcase what I’m all about as a player and to give an up-to-date depiction of where I am musically and how I like to express myself on the instrument.” “It’s about capturing the attitude of the performances and of course as always, very much about capturing the tone that I’ve worked so hard over the years to develop and refine.”

Although a few of the songs that make up Terminal Velocity were actually written quite a long time ago and even played live but never properly recorded, over half the album’s content is new music that John created while in the studio during the quarantine. “I believe that making this record when I did really helped me to maintain a sense of comfort and normalcy during such a crazy time in our history.” “It was encouraging for me and my family to embrace something so hopeful and positive as we faced a very uncertain future in the music industry and in the world and for that, I am truly grateful for having music be such a big part of my life.” Leading up to the September release of Terminal Velocity, John’s debut solo album, Suspended Animation which was originally released in 2005 on his Sound Mind Music label, will be made available on all digital and streaming platforms for the first time through The Orchard Music.