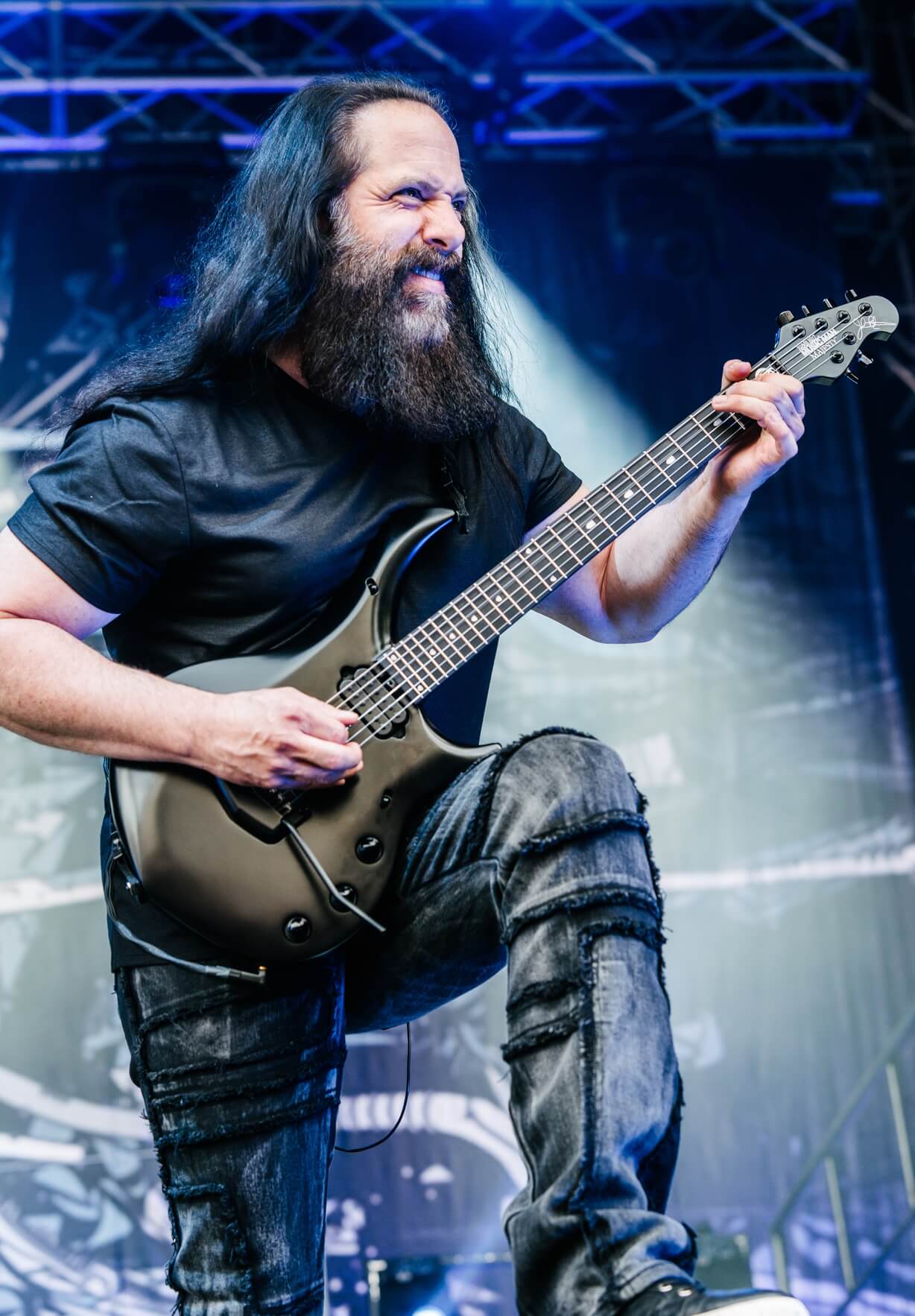 John Petrucci is best known as the guitarist, producer, lyricist and founding member of the Grammy Award Winning progressive metal band Dream Theater as well as the guitarist and founding member of the acclaimed Liquid Tension Experiment. As a solo artist, John is a long standing veteran of Joe Satriani’s G3 tours along with Steve Vai, Eric Johnson, Paul Gilbert, Steve Morse and Steve Lukather. 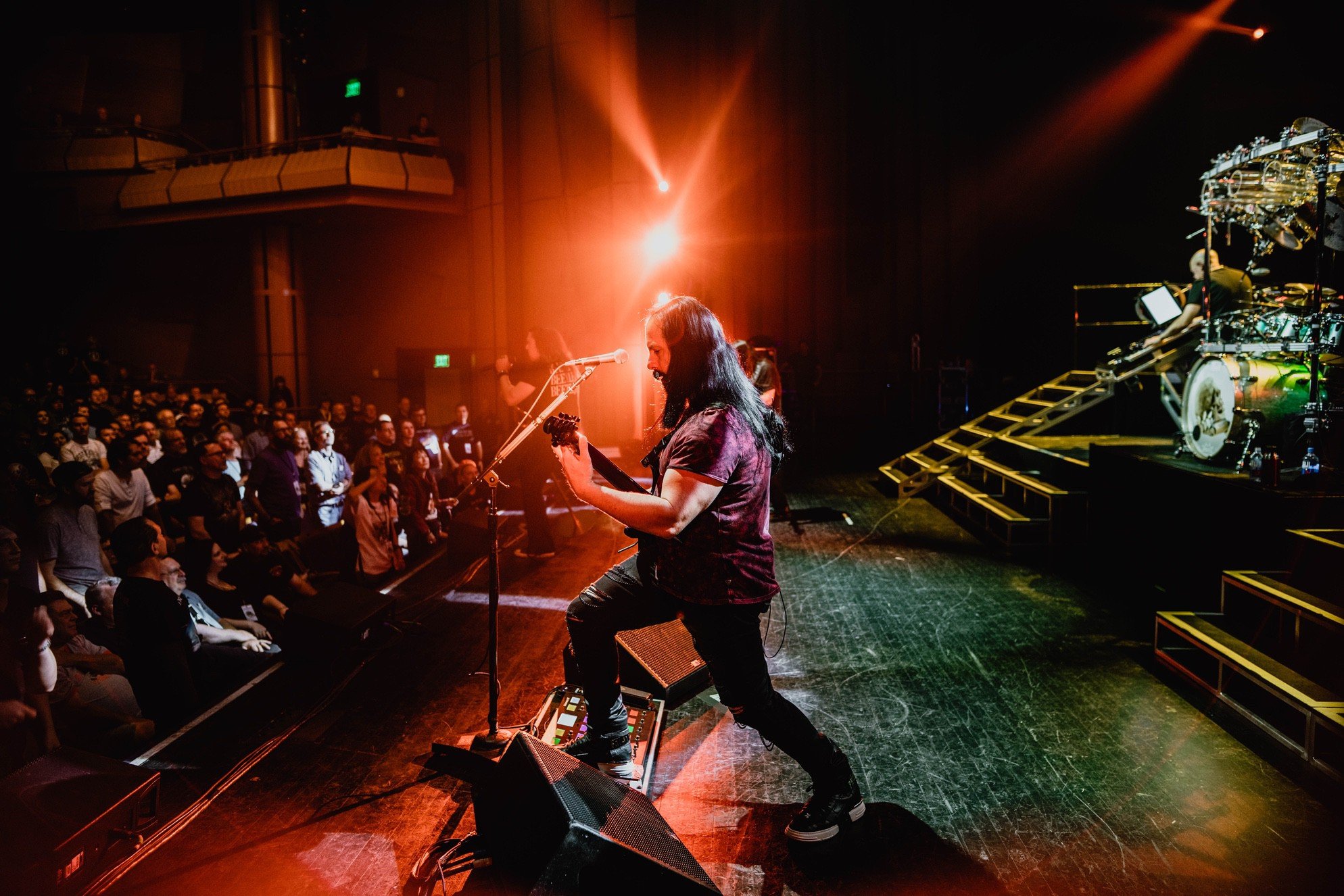 For the last 30+ years John has taken his Grammy Award Winning band on an extremely successful and rewarding musical journey. With upwards of 15 million in gold and platinum CD and DVD sales including the 1992 RIAA certified Gold release Images And Words, Dream Theater continue to be the premier leaders in progressive metal music on an acclaimed, international level. Throughout their career, the band has garnered multiple Billboard 200 Top 10 chart debuts, received 3 Grammy nominations and a Grammy Award for Best Metal Performance and have earned numerous accolades including their 1999 concept album Metropolis Pt. 2: Scenes From A Memory landing the #1 position in RollingStone.com’s reader’s poll for Your Favorite Prog Rock Albums Of All Time and winning Band Of The Year in the 2014 Progressive Music Awards. Their ambitious 2016 double CD rock opera The Astonishing debuted at #1 on the Billboard  Top Rock Albums chart. The band’s 2019 release Distance Over Time landed at #5 on the Top Current Albums chart and #24 on the Billboard 200 chart amid worldwide critical acclaim. Distance Over Time was voted Album Of The Year and Album Cover Of the Year in Japan’s BURRN! magazine 2019 reader’s poll and  garnered multiple top 10 positions in Guitar World’s 2019 reader’s polls including #1 Album Of The Decade, #2 Best Riff Of The Decade for Paralyzed and #5 Best  Guitar Solo Of The Decade for S2N. In 2019 Dream Theater received the International Band Of The Year award at the 2019 Progressive Music Awards in London. The band’s Fall 2020 live release, Distant Memories, chronicling their  Distance Over Time Tour: Celebrating 20 Years Of Scenes From A Memory, was named Live Album Of The Year by The Prog Report.

Since 1992, Dream Theater has performed in front of millions of devoted fans throughout a multitude of expansive world tours in support of the band’s 15 studio albums to date.

Dream Theater's 15th studio album A View From The Top Of The World was released in October 2021. In 2022 the album's lead single, The Alien took home a Grammy for Best Metal Performance at the 64th annual Grammy Awards in Las Vegas. Dream Theater were awarded Artist of the Year, Album Production of the Year and Song of the Year (for Sleeping Giant) at the 2021 Prog Report Awards.

As a guitar player, John has been featured on the cover of numerous guitar publications throughout the world including the March 2019 and December 2021 issues of Guitar World and the January 2020 issue of Guitar Player. He’s received many notable awards  including the 2007 Guitarist of the Year as named by the readers of Total Guitar magazine and Best Metal Guitarist in the 2010 Reader’s Choice Awards poll in Guitar Player magazine. John was named Best Metal Guitarist again in the 2011 Guitar Player’s Reader’s Choice Awards poll and one of the 20 Greatest Metal Guitarists Ever in a 2011 poll for Total Guitar as well as being voted Best Guitarist in Classic Rock Presents Prog Magazine’s 2011 readers poll. In 2013 John was voted Best Shredder in Guitar World’s Reader’s Poll and in 2014 John secured his place in the magazine’s Hall Of Fame. In 2019 John was included in Guitar World’s 20 Best Guitarists Of The Decade issue and was voted #1 guitarist in the UK’s Prog magazine reader’s poll. He was also named Guitarist Of The Year in Spain’s Mariskal Rock magazine and voted #1 Prog Guitarist In The World Today by MusicRadar. In 2020 and in 2021, John was voted the #1 Guitarist in Japan’s BURRN! magazine reader’s poll. In 2021 he was named Guitarist Of The Year  by the readers of Prog Magazine.

John has been awarded Best Prog Guitarist by MusicRadar for 2 years in a row, first in 2020 and then in 2021.

In 2019 John was proud and honored to be named the recipient of the SENA Performer’s European Guitar Award and was presented the award at the prestigious annual event held in Bergen Op Zoom in The Netherlands. Past year’s recipients have been Brian May, Joe Bonamassa, Steve Vai, Slash, Steve Lukather and Joe Satriani. On September 12, 2019, John received the Chris Squire Virtuoso Award at the 2019 Progressive Music Awards held at the famous Underglobe in London.

In 1995 John released his first instructional video called Rock Discipline and was also a contributing columnist in Guitar World magazine’s Wild Stringdom monthly lesson series. A book by the same name would later be released as a collection of the lessons featured in the magazine.

In 2005 John released his first and much anticipated solo album titled, Suspended  Animation on his Sound Mind Music label. The self-produced album of all instrumental guitar music featured Dave LaRue on bass and Dave DiCenso on drums. Drummer and re-mixer Tony Verderosa also contributed to the CD and can be heard on the song Tunnel Vision. The album was mixed by friend and long time DT producer/mix engineer Kevin Shirley. Many of the songs John originally debuted live while on tour with G3 would later make up the bulk of the CD.

In August 2020, 15 years since his debut solo album Suspended Animation, John released Terminal Velocity, his greatly anticipated second solo effort featuring Mike Portnoy on drums and Dave LaRue on bass. The album was released on John’s Sound Mind Music record label through The Orchard Music distribution and received glowing reviews from both fans and critics alike. The video for its title track surpassed 2.4 million views on YouTube and the album won Album Production Of The Year in the 2020 Prog Report Awards.

In 1998 and 1999 John released Liquid Tension Experiment and Liquid Tension  Experiment 2 respectively, along with Jordan Rudess on keyboards, Mike Portnoy on drums and the inimitable Tony Levin on bass. Both albums would not only prove to be  worthy and enjoyable side projects, but also favorites among fans worldwide.

From January to May of 2018 John once again joined the G3 tour playing just shy of 80 shows together with Joe Satriani and Phil Collen in N. America and with Joe and Uli Jon Roth in Europe.

Throughout his career, John has spearheaded the research and development of numerous signature guitars and guitar related gear with some of the most successful and respected musical instrument manufacturers in the world. Among those include a complete line of signature Ernie Ball Music Man 6-string, 7-string and baritone guitars featuring the critically acclaimed JP Majesty and JP BFR. In a 2015 forbes.com interview, EBMM CEO Brian Ball called John’s signature guitar “the number two selling signature guitar on the planet - and that’s only behind Les Paul, which is still considered a signature guitar.” John is proud to bear his name on the first ever continuous production signature Mesa Boogie JP-2C guitar amplifier as well as the TC Electronic signature JP Dreamscape chorus/flanger pedal. He’s released several signature DiMarzio 6 and 7 string pickups including the Crunch Lab, Liquifire, Illuminator, Sonic Ecstasy, Dreamcatcher and Rainmaker as well as signature DiMarzio JP guitar straps. John’s signature can also be found on his Dunlop JP95 wah pedal and has designed several signature Dunlop JP Jazz III picks including his latest Trinity pick.

The year 2000 brought with it the unveiling of John’s record label, Sound Mind Music. Created and run by his wife Rena, its first release was An Evening With John Petrucci and Jordan Rudess, an acoustic-instrumental live concert of Latin/jazz improvised music for guitar and piano. The concert was recorded in June of that year at the Helen Hayes Performing Arts Center in Nyack, NY. The album was re-released in 2004 on Steve Vai’s Favored Nations record label and featured two additional tracks: The Rena Song and The Bite Of The Mosquito.

In 2015 John started ToneMission, a global initiative dedicated to tone-seekers around the world whose goal is to foster greater communication and sharing amongst players and is committed to furthering the reach, development and proliferation of the art of the instrument throughout the worldwide guitar community.

On May 3rd, 2021, John released Rock The Barrel, a signature small-batch craft bourbon whiskey, in collaboration with Iron Smoke Distillery. The 120 proof bourbon was hand-picked by John from the thousands of barrels aging at their award winning distillery in Fairport, NY.

John met his wife Rena Sands in 1989 and the two would later marry in September 1993. Rena is the guitarist and founding member of the all-female metal band Meanstreak.

Outside of music, John’s passions include bodybuilding, bearding, bbq, and all things Disney. He currently resides on Long Island, New York with his family.