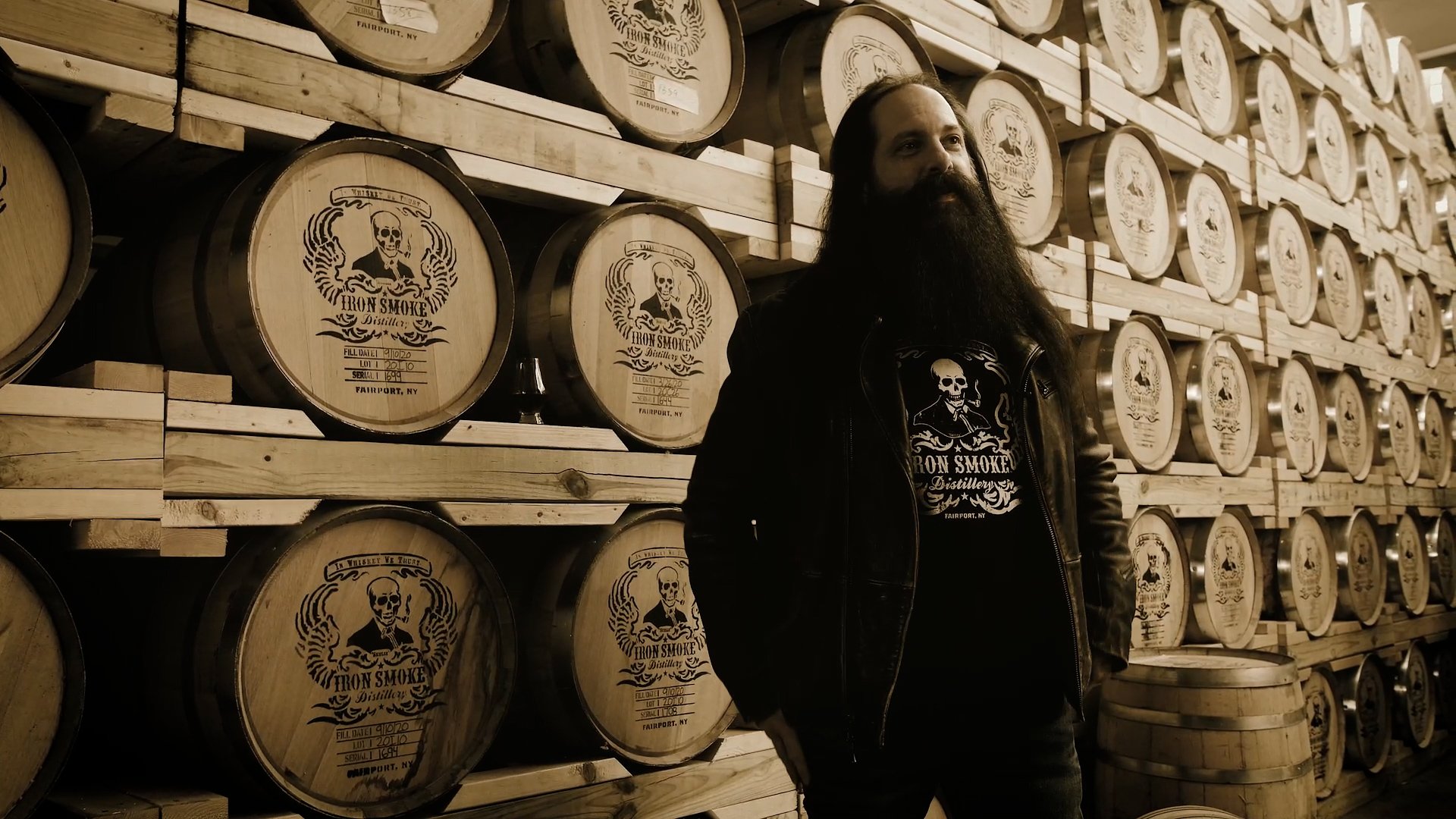 The Rock The Barrel Party on October 10! 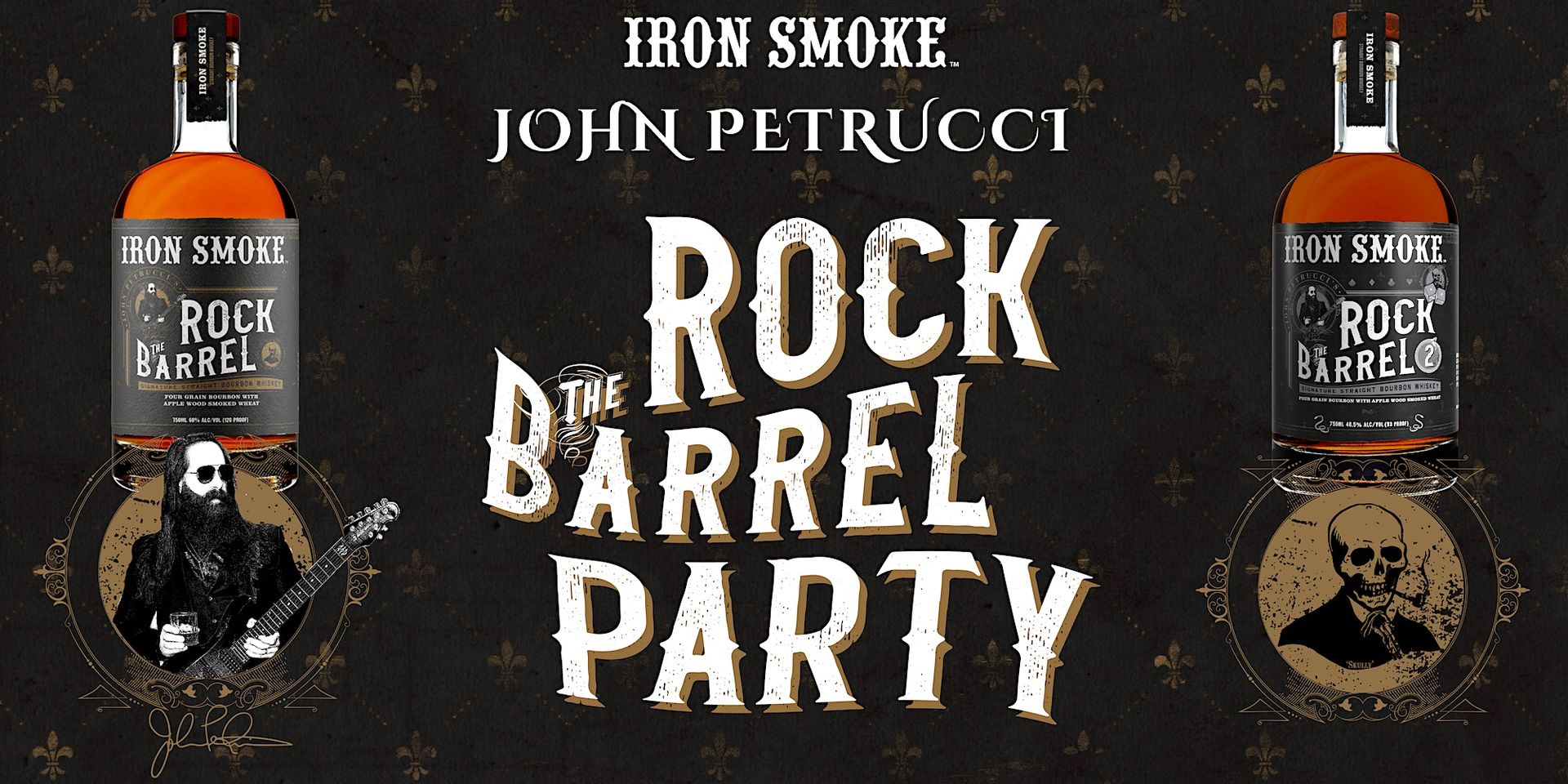 Get tickets for the Rock The Barrel Party on October 10 here!

There will be a cosmic convergence of celebrities, whiskey lovers, and prog rock fans at Iron Smoke Distillery in Upstate New York on Monday, October 10, 2022. Stars include John Petrucci, world-famous guitarist, producer, lyricist and founding member of the Grammy award-winning progressive metal band Dream Theater. Petrucci will join Iron Smoke’s Co-Founder and Chief Trailblazer Tommy Brunett to mingle with fans and celebrate the incomparable Rock the Barrel bourbon collection which he helped create.

“Not only is John Petrucci one of the most celebrated and respected string benders in the world, he’s also a bad ass bourbon aficionado!” said Tommy Brunett. “We are all more excited than a bunch of weasels in a hen house to have John back at Iron Smoke to have a proper celebration of our collaborations and toast Rock the Barrel properly.”

Brunett and Petrucci forged a friendship over their parallel love of music and whiskey. Petrucci was so impressed by Iron Smoke CASKet Strength bourbon, he made a trip from Long Island to the Finger Lakes region for a session of barrel tasting in 2021. Petrucci personally selected his favorite barrels to be mixed and the first batch of Rock the Barrel was born weighing in at 120 proof. About a year later, Rock the Barrel 2 was perfected for the fans of a milder bourbon which is just 93 proof. A limited quantity of Rock the Barrel 2 can be purchased online.

“It’s been crazy for us since April. That’s when Dream Theater won a Grammy and then we went on tour in Europe. So, I have not been able to formally celebrate the success of Rock the Barrel with Tommy,” explained John Petrucci, lead guitarist. “A party like this is perfect though because my fans can meet his fans, right where it all started—at Iron Smoke.”

A limited number of tickets will be available, pre-sale, online for the Rock the Barrel party. Doors will open at 4pm. Mixologists will serve specialty cocktails, there will be a splash tasting of Rock the Barrel 2 (while it lasts), and a food truck will have food for purchase. The party will last from 5pm until 9pm and include a Q&A session, plus a mobile phone trivia contest for both bourbon lovers and John Petrucci enthusiasts. A barrel signed by John Petrucci, Tommy Brunett and Master Distiller Drew Westcott will be raffled off for those who make on-site Rock the Barrel purchases or carry previous proof of purchase.

“We are pretty famous for rockin’ good times at Iron Smoke—but we’ve never hosted anything quite like this,” said Brunett. “THE” John Petrucci will be in our little ol’ distillery. We will be sipping Rock the Barrel bourbon and savoring the moment with one of the greatest axe slingers in the universe!”